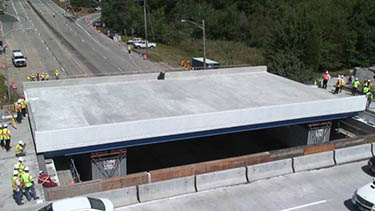 The Barton Corner Bridge carries four lanes of I-95 plus two auxiliary lanes at a busy interchange with Route 2 on the Warwick/West Warwick line. It provides direct access to the New England Institute of Technology; another limited access highway called Route 4, the gateway to South County; and one of Rhode Island's busiest retail corridors.

We took a page from the Iway project in our approach to replace this bridge. Using accelerated bridge construction, we built two halves of the bridge on land adjacent to the overpass, and then moved them into place. This enabled us to build the bridge much faster compared with conventional construction methods, which would have taken twice the time. This approach also allowed us to do the work with no impact to Interstate traffic prior to installation.

We installed the bridge by "driving" them into place using self-propelled modular transporters, the same devices we used to move the Iway's signature arch bridge onto barges at the Quonset Business Park before we floated them up Narragansett Bay to Providence.

Condition: The bridge's piers and foundation were showing signs of advanced deterioration. We added a steel shoring system to support the bridge with no reduction in carrying capacity. The bridge also had damage to main girders that have been struck by overheight trucks, which required us to establish lane shifts for both I-95 North and South.

Length & Location: 87 feet, at Exit 8 on the Warwick/West Warwick border.

Current Activities: Both bridge segments have been installed. Additional work will continue above and below the bridge through the fall.

The current schedule has the project wrapping up by the end of this year. See below for more details:

Watch a Time-Lapse Video of
our Bridge Installation! 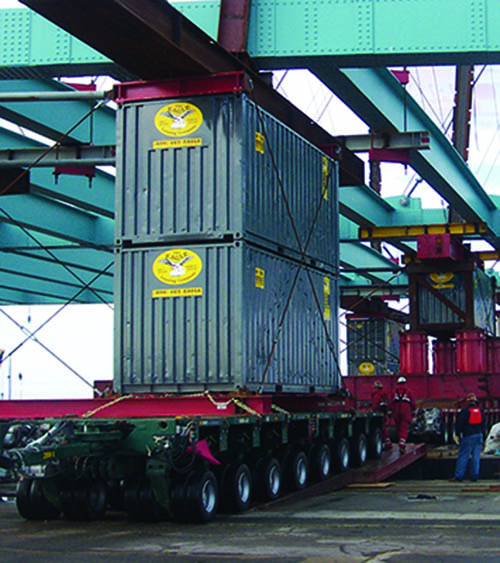 These are the self-propelled modular transporters - called SPMTs for short - we used on the Iway project. Each is capable of moving objects in excess of 3,500 tons, and were used to carry the new Barton Corner Bridge segments into their final position. Click on the photo to enlarge.

How We Did It - Bridge Installation Sequence Maps 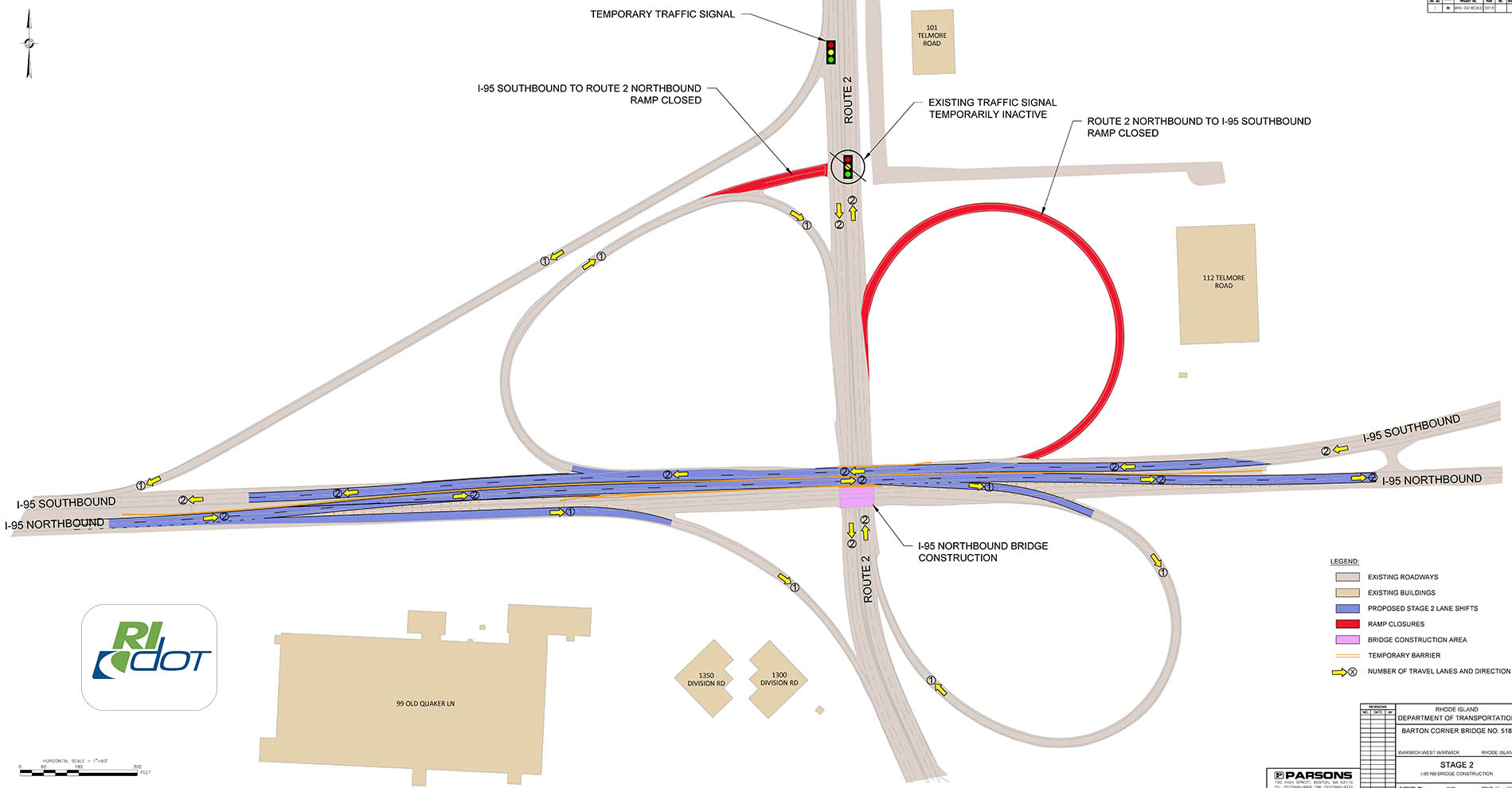 Construction of I-95 North Bridge with Route 2 Open 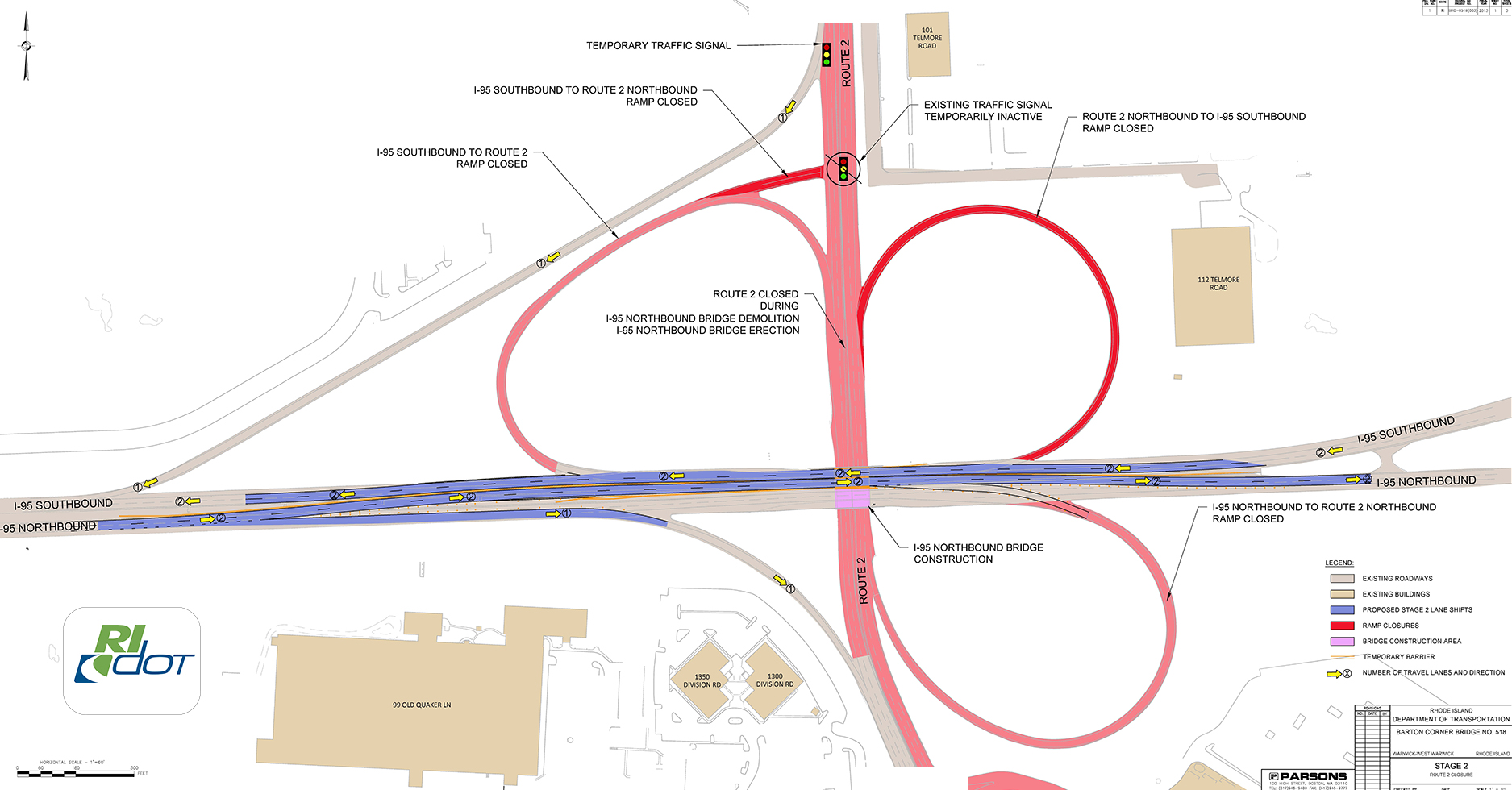 Construction of I-95 North Bridge with Route 2 Closed 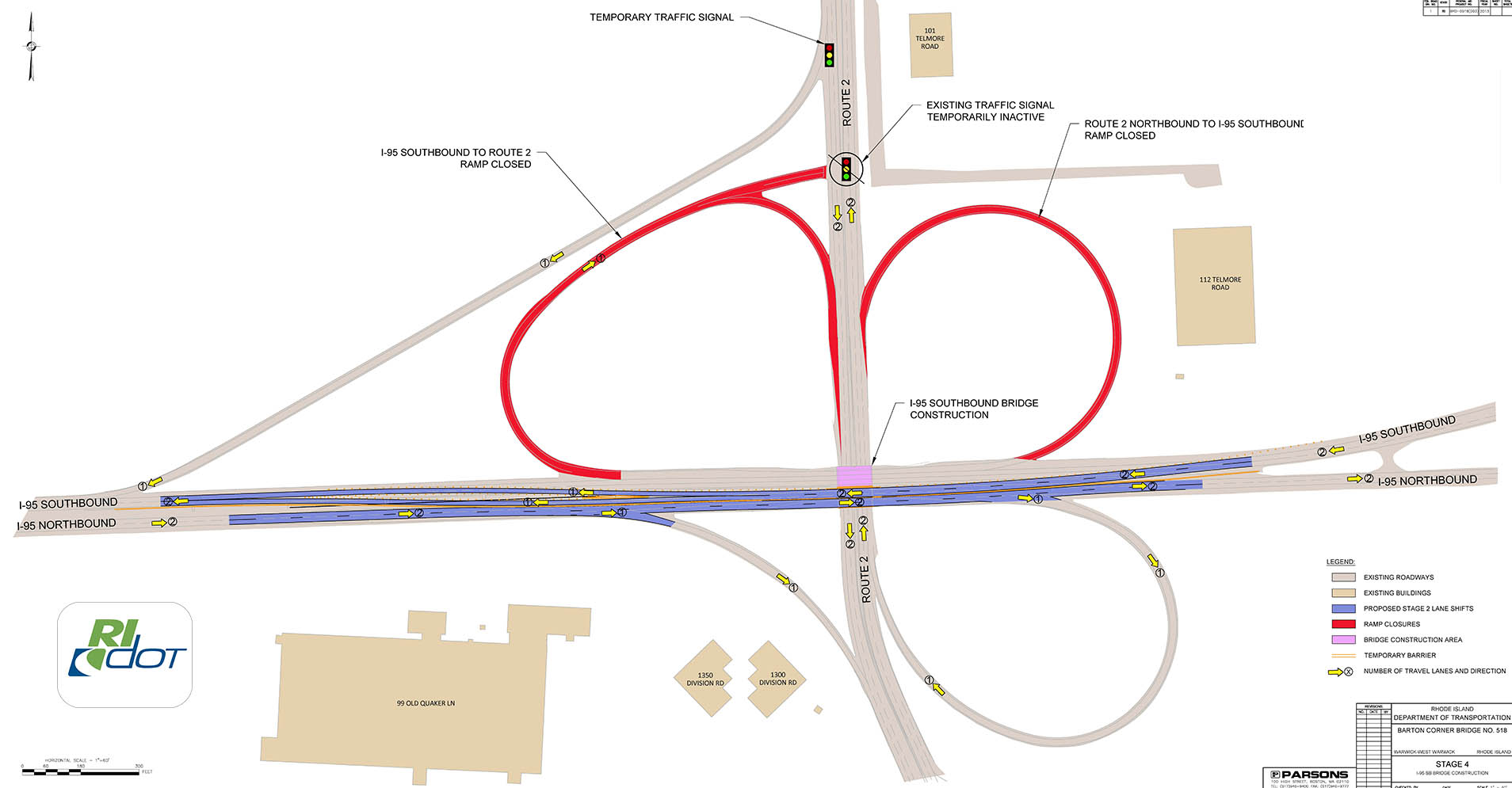 Construction of I-95 South Bridge with Route 2 Open 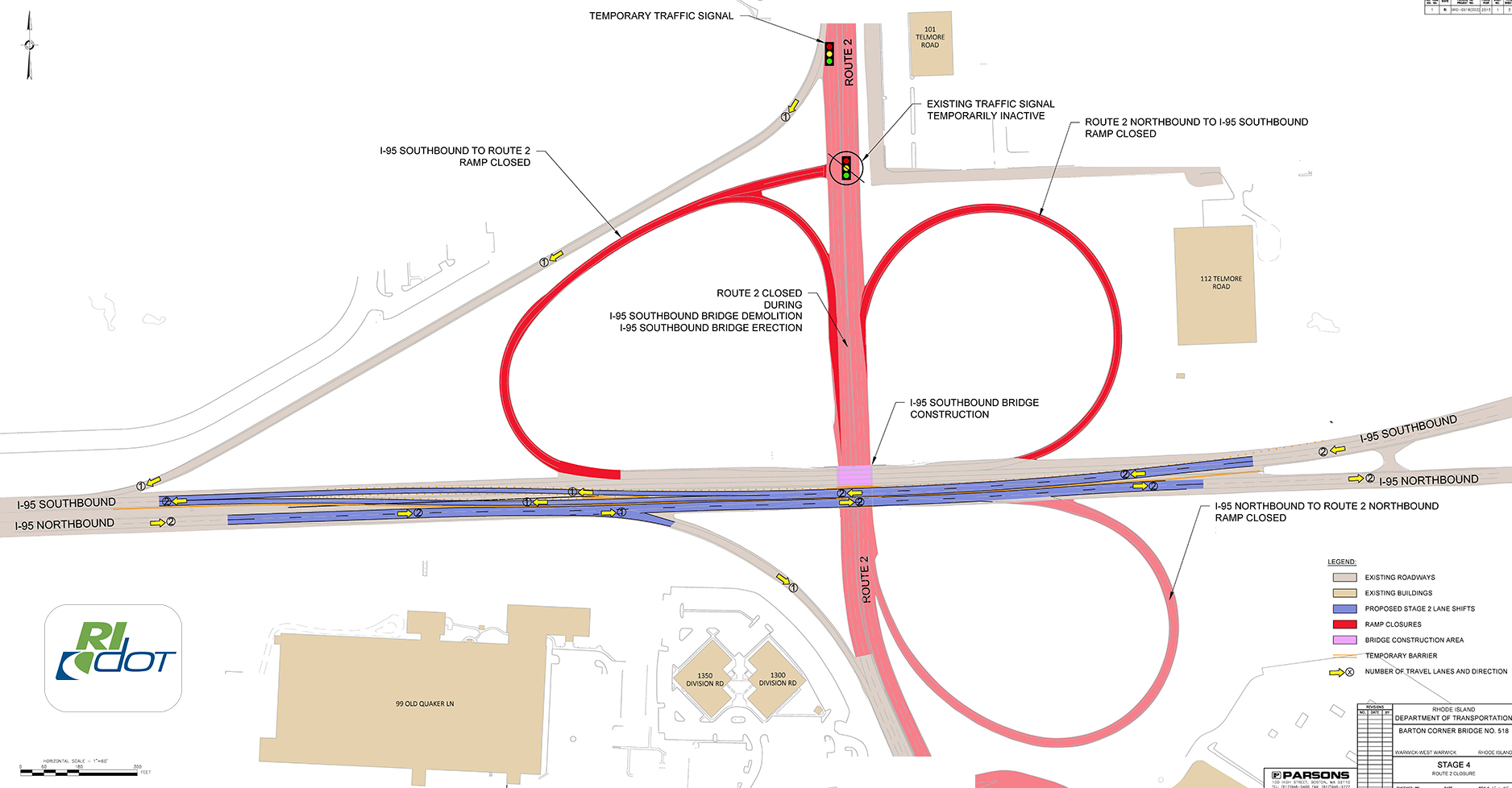 Construction of I-95 South Bridge with Route 2 Closed